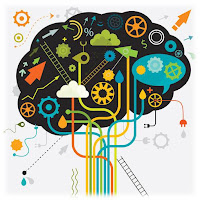 Last night I had dinner with some folks and we got to talking politics. It seems like the hardest thing to do when discussing this topic is talking “with” each other rather than “at” each other. Really, there are lots of topics like this. We formulate an opinion about how it ought to be and then we just dig in. We convince ourselves that the approach we “believe in” is the righteous path - the one true way.


As soon as someone starts talking smack about some alternate approach...well is just sounds wrong. We have this sudden urge to place duct tape over their mouth so that we can explain how it really is without being interrupted. We figure if we could just shower them with our eloquence, they will be overwhelmed by the solid reasoning behind our position.


Of course, they’re thinking the exact same thing. There’s just never enough duct tape to go around! I try to be open minded. Before I offer up my opinion about things, I’d like to think I’ve done enough research to be able to defend my position by understanding as many sides of the argument as I can find. This is just good debate preparation.


Last night, I was with some hardcore conservatives. They were convinced that big government and too many regulations were just destroying our country. That sort of absolute, oversimplified view sounds too much like political speech than real doctrine and that’s probably where it came from. Real solutions are much more complex and nuanced. To understand this, one must drill into the arguments of the other side.


What I heard last night is that conservatives feel that government is inefficient. I agree with this. They think that the private sector, driven by the profit motive, will always be more efficient that people who work in an organization in which the money is just handed over to them (i.e. the government). Maybe we can all agree on this point. Certainly there are plenty of progressives (read “Democrats”) that feel this way too. This is a good indication that there’s considerable truth to this belief.


So, what would happen if the conservatives had a total victory and got their way? What would that look like? Would we privatize everything? What would happen if every aspect of our functioning as a nation needed to be profitable? What if there were no regulations to impede the pursuit of profit? Maybe we would have full employment. The environment would probably suffer, but who really cares? Everyone alive today will probably be dead by the time the ecosystem changes enough that it won’t support human life.


And what about poor people? Without a social welfare system, they would be completely dependent on the charity of others. That’s sort of what we have now, but that charity is compulsory. Would their living standards drop if it was voluntary? Probably. It’s hard to feel sorry for a homeless person when you catch them drinking and smoking. What is that? I guess if they made good fiscal choices, they might not be homeless. Of course, the money they use to buy those things came from voluntary donations. The food and shelter is more likely to have come from compulsory funds. If it was all voluntary funds, they might be more careful about being caught drinking and smoking.


Most of the time, when people engage in an open minded discussion about any topic, they find truth on all sides. They will also need to call bullshit. Sometimes, they will just need to agree to disagree. Sometimes there are no ultimate conclusions to be drawn. The Buddhists like to talk about something called “the middle way.” They believe that most answers lie there. I tend to agree. Finding the middle requires one to embrace both sides. That’s not an easy thing to do. We’re built to pick a side. We must fight that urge.


If we don’t, we’ll end up with a compromised system that is a patchwork of whatever is left after to entrenched camps give up the table scraps between their opposing views. Oh wait! That’s what we’ve got. That’s not the middle way. That is crap, which is pretty much what we’ll keep getting if we don’t change our ways. Please! Save the planet -- open your mind.
Posted by Tom Bellinson at 9:41 AM