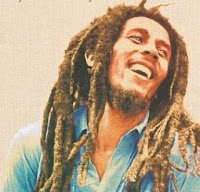 When Bob Marley sang about an exodus, he was referring to Zion -- returning to the land of origin. The exodus we see today is all about people taking refuge. As westerners, we tend to look at the people coming from Syria and Iraq simply as refugees, but a quick look below the surface reveals that these are people of means and many of them are well educated by local standards (some by any standards).


How many Americans could afford $3,000 to $5,000 per family member to escape? I dare say that even here it would require a family of some means to accomplish this. To do so with the attendant risks of dealing with shady smugglers, crappy transport vehicles and unknown timeframes is unthinkable for most of us.


These people are self-starters who achieved a modicum of success in their home countries and now that has all been taken away. Naturally, they believe they are capable of making a new start somewhere...else! The problem with this thinking is that in these other places, they are refugees -- people looking for “temporary” refuge. If they plan to emigrate, the host countries need a whole different mindset about what they’re taking on.


At what point is it less expensive to capture and hold territory in-country? If the international community established a perimeter within Syria within which the refugees could rebuild their lives, permanent resettlement could be a possibility. Remember, these are some very resourceful folks.


The greatest challenge with this plan is also a growing fear amongst European hosts -- infiltration. How to keep terrorists from coming in with the legitimate refugees. Performing extensive background checks on everyone is simply beyond the capability of anyone. One strategy might be to use references. Background checks could be performed on key influential people. Others could receive references from them and then those folks could provide references to still others. It’s not a perfect system, but it is far better than nothing and would at least make it more difficult for infiltrators.


What seems clear is that the middle east is in for a long period of instability. There are plenty of countries willing and able to sell arms to any and all combatants. Anyone trying to lead a normal life and raise a family is not going to want to be in the middle of it all. If all the high achievers (warlords excluded) bail, the chance of reason taking hold is slim to none.


In Iraq, we had a Green Zone. While there were occasional incursions, it remained generally a safe haven for those inside. Maybe it is time to establish green zones in the countries of origin for the growing number of refugees. Then, we could have a Bob Marley style exodus -- back to the homeland!
Posted by Tom Bellinson at 4:29 PM