We're All A Bunch of Suckers! 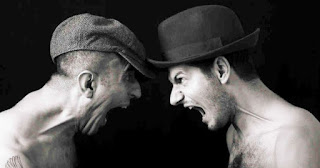 Have you ever been played and then find out about it and feel stupid for allowing it to happen? Well, at least you found out. What if you are being a sucker right now and don't even know it yet? Well, it's true! You and me are both suckers!

How did this happen? The same way it always does. Some clever people give us a choice. The thing is, both choices suck, but when we have options, most of us will pick one. In some cases, we could have the ability to make up our own option and choose that instead, but in the case of politics, it's really hard to start another party.

So, you and I chose a political party. Maybe you're just going along with what your family or friends have chosen. Or, maybe you gave it a bunch of thought and picked the one you thought made the most sense to you. In any case, your choices both sucked, but you picked one anyway. Then, you started listening to the stuff your party's mouthpieces told you. After a while, it all starts to sound pretty "correct." They explain why that other party's approach is messed up and that sounds pretty "correct," too.

Here's the thing, they tricked us into not talking to each other! If we did, we'd find out that most of us want the same things out of government. Sure, we won't all agree about how to go about getting it, but so what? If we all want the same things, then if we weren't suckers, we'd elect people who took it upon themselves to actually do what we want.

That's not what we've gotten. We've got a bunch of scammers and con artists who have convinced us that if that other party didn't exist, you'd get exactly what you want, but since they do, you get NOTHING! I call BULLSHIT! It's time to WAKE UP and flush the whole lot of them! Even that old white guy you've been reelecting since you were able to vote.

Let's get rid of anyone who has been there for more than a few years. When we elect a new batch of politicians, we will be sending them a clear message that we're done being suckers. "Go to work and do the job we hired you to do!" Make no mistake, those politicians are paid with our hard earned tax dollars. They work for us and if you're like me, you're tired of having them jerk you around. We've got serious problems and we all know what they are. Let's get them fixed -- or at least try for god's sake!

Posted by Tom Bellinson at 2:44 PM No comments:

Love Really IS the Answer 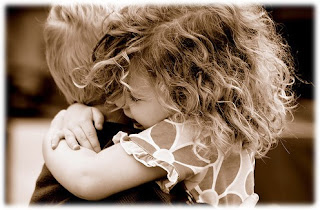 About 2000 years ago, there was a guy who pointed out how nice it would be if we all just loved each other. Fast forward 2000 years and many people who still worship that guy are hating on about half the population of our own country. What's up with that?

There is so much hate on both sides of the political divide and the problem is so simple: most of us are behaving like sheep. We're allowing the people we look to for social guidance to lead us apart. They want us apart because that separation gives them power. But we shouldn't live to serve them. We should live to serve all the rest of us!

How can we best serve each other? Let's start with love! My brother has a little saying at the bottom of his emails:

"Every time you encounter another human being, believe that they love you, and you will treat them as if they do..."

Maybe it runs in the family, but I believe that if everyone lived by this practice, we could easily get past our real differences. I say "real" differences because, as someone who actually appreciates an open dialog with people who don't share my views, I know just how close together we all are. Those that are managing to control many of us with their rhetoric would have you believe that people that don't share your views are evil. However, if you actually talk with them using an open heart and mind, you discover that the differences are tiny.

As a result of approaching life this way, I have accumulated friends, people I love, who don't share many of my ideas of how to make a better world. Here's what I've learned: like me, they want a better world for everyone. To me, this seems like a great starting point on which to build. I'm not a politician or a social engineer, but when I have conversations with my friends about the problems we face in the world, we come up with all types of ideas for solutions that we both agree would be good.

Most of these ideas start with tearing down the power centers that would like to keep us from having these conversations. For the people that would manipulate us, these conversations are the most dangerous thing. Personally, I like the idea of being dangerous to them. Some people talk about "the swamp" in Washington. The political mouthpieces would like you to believe the swamp is only in that other evil side -- it's ALL the swamp. "We, the people" will need to drain it. It starts with a few people with different views pretending to love each other. Practice makes perfect. I know it's hard after everything they told you, but why not start today anyway? Let's see what happens!

Posted by Tom Bellinson at 9:44 AM No comments: