The Case for Space 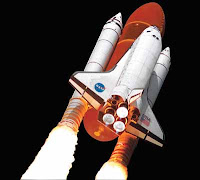 People really seem to like capitalism. Even relatively poor people like it. I think they feel that if others can make it big, as long as the system is in place, maybe they can too. They wouldn’t want capitalism to be replaced by something else before they got their chance at fame and fortune. Sadly, the system is stacked against them. Anyone with lots of money knows that it takes money to make money. What about good ideas, you ask? Good question. The answer is: you’re going to need to sell your “good” idea to someone with money. And guess what? They’re going to make more off your good idea than you will. Yeah, yeah, there are exceptions, but the system grows more stacked against them as the wealth and power in the world gets more and more piled in the hands of the few.

Am I bitching about rich people? No. Hell, just read my last post – I’ve got nothing but respect for rich people (in general). Nope, I’m just pointing out that capitalism is probably here to stay until the whole thing falls apart. It will fall apart, too. It’s inevitable. Okay, so I had better explain that one. Let’s look at some facts about capitalism:
There is a solution. It’s called space. Basically, we need to get off this rock. This task will require vast amounts of resources. The more we deplete our finite resources, the less able we will be to accomplish the task. So, we had better start soon. Oh, but there’s a problem – no return on investment. The largest companies in the world are publicly held and anyone who studies those companies knows that they operate on a quarter by quarter basis. Their stockholders demand it. Hell, if a public company plans out six quarters, their stock price will probably go down. The return on space initiatives will be measured in years of not decades. So, the obvious choice to spearhead such an effort would be the government. Awe! Too bad. They’re out of friggin money. Why? They spent it bailing out an already failing capitalistic system.

We live in interesting times. The inevitable failure of capitalism could open doors to massive initiatives like space colonization. Or, it could lead to something less positive, like war, famine and widespread poverty. Jeff Bridges played an alien being in a movie called Star Man. He was trying to understand the word “beautiful.” When he finally figured it out, he said “you humans are beautiful. You are at your very best when things are worst.” That could be good news.
Posted by Unknown at 4:01 PM No comments:

The Cost of Money 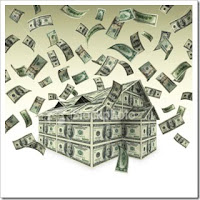 Money is a burden. I know, I know, you wish you had that sort of burden. Think of money like having pets. If you have one pet, there can be great enjoyment and the care of the pet takes up a minimal amount of your time. But what if you have three pets? Now, you spend a lot more time caring for them and, the odds of one of them being sick goes up. Ok, let’s say you had 50 pets. This is a full time job. You will even need to hire people just to help you care for all those pets and now you not only have to worry about the pets, but also the people taking care of the pets. Are they doing a good job? Are they stealing the pets?

Money is just another high maintenance possession. If you own a home, you’ve probably felt the stress of the possibility that you won’t be able to pay the mortgage. Imagine that your mortgage was $50 million. If you are unable to continue earning the income you need to support that mortgage, the loss could be devastating. People at that income level can fall very fast and very far.

To me, the best situation is like I always say about pools. The best pool is your neighbor’s. Sure, you don’t get to use it any time you want (unless your neighbor is really nice), but you get to use it once in awhile and you don’t have to care for it the rest of the time. I have a few family members who have a lot of money. Every once in awhile, they let me take a dip in their pool. I am forever grateful for their generosity and also for sparing me the stress of worrying about all that money.

So, next time you come across a rich person, who is living in the lap of luxury, tell them, “I feel your pain.” Hey, rich people need love, too.
Posted by Unknown at 9:04 AM 2 comments: