Are You a Sheep? 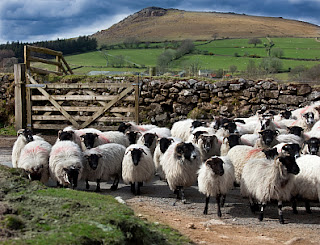 The old metaphor of wolves and sheep is well-known. Sheep aren’t really managed by wolves. They’re managed by shepherds. The wolf represents an existential threat to sheep, but the shepherd represents the guide.

Does the sheep believe it is being controlled? There’s no way to know for sure, but if they are getting food and water and enjoying the comradery of their fellow sheep, they probably believe life is good. If life is good, then just maybe it is a result of making good choices. It’s easy to believe that you’re in control -- even if you’re a sheep.

If you answered “yes” to all of these questions, you are a shepherd. If not, you might be a sheep. Maybe it’s okay to be a sheep. We all know that for every shepherd, there are lots of sheep. Maybe that’s the natural order of things.


My struggle with this is that shepherds raise their sheep for purposes of self-aggrandizement at the sheeps’ expense. The term “getting fleeced” is one example of how this metaphor translates to the human experience. “The meat market” is an even more ominous outcome. In the end, the shepherd seems to come out better than the sheep. So, I will opt to be a shepherd. It’s more work and can sometimes be uncomfortable letting go of long held beliefs, but it seems like a fair price to pay for real freedom.
Posted by Unknown at 9:12 AM No comments:

Raging Against the Machine 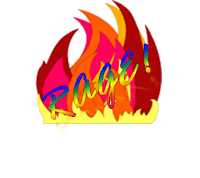 As I gather more years on the planet, I continue to learn. I learn about humans individually. How they think. What motivates them. How they respond in social situations. And, in all of this, I have learned more about myself.

I sometimes ponder whether there is some limit of unfairness or cruelty beyond which I would become violent in order to defend common decency. I’d like to think that I am a nonviolent person, but I’ve probably never been tested like others have.

Recent acts of fatal violence both individual and collective (I won’t glorify events by naming them) may well be a sign of rage. Rage could be the most dangerous of human emotions. In the hands of a man (or woman) with power of any sort, rage is always destructive. Even if only self-destructive.

What seems interesting is that from destruction comes renewal. It may simply be that humankind has developed an evolutionary mechanism that is specifically designed to refresh a stale system that no longer serves the masses in a reasonably equitable manner.

Many of us think that this sort of rage violence is on the rise.This is very unlikely. What we experience today is what Daniel Kahneman (in Thinking Fast and Slow) refers to as reporting bias. I’m pretty sure Kahneman didn’t coin the phrase, but he did do a nice job of explaining it. Essentially, one of the big differences between pre-electronic history and today is anonymity. Today, it is increasingly difficult to do anything significantly destructive in public and have it completely escape public awareness. Back then, it was just a hell of a lot easier to cover bad stuff up. So, when you consider population growth and reporting bias together then we’re probably doing better as a species than we have in the past.

Let’s face it, in the old days, humans probably burnt down the village for a lot less than we get pissed off about now. But, that doesn’t mean we’re over it either. Maybe societies always eventually arrive at an existential tipping point; where the abyss is better than the status quo. Maybe isolated acts of individual and collective violence are a run-up to the “big rage.”

If we are evolving socially, maybe one day we won’t need to burn down the village to salvage our future. Maybe we can tame that inner beast and find the middle way. Halfway between destruction and complete acceptance comes hope. Hope that those who are exploiting the masses (you know who you are) will finally stop deluding themselves into believing what they do is for the greater good. Everyone will know what the “greater good” looks like when they see it. In recent polls, between 28% and 31% of Americans think we’re moving in the right direction. That number is dangerously low.

How low does that number need to get? It doesn’t really measure the intensity with which those people feel the direction is wrong. Intensity is an important part of what fuels an emotion like rage. If we could measure that too, maybe we’d have a better idea of where the tipping point lies. We have seen people take to the streets in other countries. Most of the time, they still resort to burning down the village.


I am reminded of Gandhi admonishing his followers for calling him a pacifist. His actions were anything but passive. However, he always spoke against violence. This seems to be a trait that many “great” people share. Maybe one day we’ll all share it. Just maybe, we could all learn to love each other. \o/
Posted by Unknown at 10:39 AM No comments:

Some estimates put the daily trading volume of currencies at $5.3 trillion. This means that every day, the people who are buying and selling money (preferably for a profit) are transacting 25 times the amount that is traded globally for goods and services.  Let's look at that in graphic form. 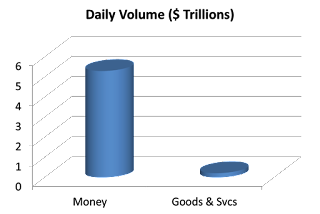 What is wrong with this picture? Well, I'll tell you: every dollar that isn't invested in goods and services takes away from social progress, jobs, and technological advancements that could save our planet.

What could we do if all that money was working for "we the people" instead of bankers enriching bankers?  For starters, how about solving our energy problem? If we used a couple day's worth of that volume on fusion reactors, we could chip away at the energy problem that is consuming our planet faster than anything else. We could build desalinization plants that utilize that fusion power to pump fresh water into California, which is a desert that happens to also be the bread basket for much of the United States.

The thing is, the technology for all of these things exists. The problem is funding. While trillions of dollars are tied up in markets that do nothing but enrich the traders that are participating in them, companies and research entities that are attempting to improve the human condition are starving for capital.

Let me be clear about something. This is not a condemnation of all bankers. Most smaller banks make an honest living by making loans to real businesses. Every day, they take calculated risks on real people who are providing real goods and services in the marketplace. Without them, capital would not flow and new businesses could not flourish.

If we simply eliminated derivatives and currency trading and forced investors to take the same risks on real companies providing real goods and services, the amount of money that would flow into the marketplace is hard to fathom (well, look at the graph above to get some idea).

Maybe it's time to stop the madness. We cannot expect the power brokers in government to do this.  They are part of the system that created this mess. It would be like asking the fox guarding the hen house to please stop eating chickens. Good luck with that! No, "we, the people" are going to need to rise up and demand this.

I can hear the currency traders now. They will tell us that without them, currencies would become unstable and economies would collapse. They are right. As long as we have a global currency system based on nothing, this juggling act must continue. However, if we were to go back to the gold standard or some sort of cryptocurrency like bitcoin that cannot be manipulated by monetary policy, currency would become a stable variable in the economy.  This would force actors to manipulate other aspects of the system. This would be a good thing. To learn why, you'll need to do your own research or wait for another post. Special thanks to George Gilder for sparking some of the ideas herein.
Posted by Unknown at 10:01 AM No comments: