Belief in Facts Doesn't Make them So! 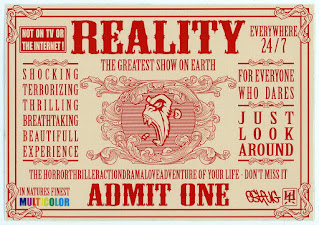 In the last 30 years, the world has make a fundamental shift. The shift was so subtle, you may not have even noticed it. Let me net it out for you. If you are much over 30, you probably remember a time when if you wanted to know something, your sources for knowledge were: books, magazines, radio, and network TV (usually three channels).

So what, you ask? Here's what. Every one of those sources had a responsibility to do research into facts before reporting their findings. When your reporting is scrutinized by thousands or millions of people, it behooves you to get it right, so these providers of information go directly to the best sources available. If they are writing about a train wreck, they will talk to people who where there to gather first-hand evidence of what happened. They will talk with multiple such sources in order to corroborate information to make sure it is consistent. This type of research is painstaking and time-consuming, but the professionals we entrust to do it are paid to do the work.

What this meant is that we all gained our understanding of the world through the same lens of knowledge. We had fundamentally different views of how we should proceed then as we do today. I'm not talking about political or social philosophy here. I'm talking about the factual foundation upon which we build our beliefs.

Fast forward to the birth of social media and blog posts. Now, almost anyone on the planet can become a reporter of information. They have no professional guidelines. They have not professional training in reporting facts. They may not even have any interest in facts at all. Yet, their voices can be just as loud as that of network TV news (even louder when all then networks pick up their story and rebroadcast it).

What Can You Do?

What saves us is that there are still people and sources out there that have publicly committed themselves to doin the research and getting the facts from the source, just like in the good old days. Some of these sources may have a political bias and the spin they put on the facts they report might not agree with your philosophy. Fine! But, look at the facts. Learn to distinguish a fact from some unsubstantiated statement with no supporting evidence behind it.
I leave you with a classic example: Youth vampirism by Hollywood elites. Do you know where this rumor came from? Do you believe it? Might it be true? The answer is: I don't know if it's true or not and neither do you. You can either choose to believe it or not. However, before you decide, you might want to gather some facts. One site I like to use for checking on conspiracy type theories like this is Snopes. What Snopes will tell you about this particular example is that it started with an article containing a completely fabricated quote by Keanu Reeves. This is not to say there isn't evidence that the practice exists. There is. In fact, there was a company called Ambrosia that offered teenage blood transfused into people over 35 for large amounts of money.
This story was reported in Huffington Post. They did the type of professional research that I've been talking about here and demonstrated that the guy that started this company is a "snake oil salesman" of the first degree. Read it for yourself.
Get the facts! Learn what a real fact looks like and how to separate it from all the BS that comes your way. In our internet connected world, it is an essential skill.
Posted by Tom Bellinson at 8:48 AM No comments: