Should DEI Be For Everybody? 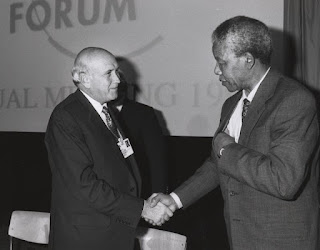 I live close enough to Oxford Michigan to be indirectly impacted by the acts of young Mr. Crumbley. Now, the whole Crumbley family is in it together. If you've been watching this story unfold, you know that "someone" helped the parents hide (by the time you read this, the authorities may have rounded them up, too).

You may be wondering who would want to help them? If you pause to think about it, you probably already know. There are a considerable number of Americans who have become very disenfranchised from official society. Their de facto leader is Donald Trump. They are "his people" and he knows it.

Here's the thing: "we" had better decide soon whether we want to work to bring these people into the tent, or continue the current escalation of what is evolving into a civil war. Shootings like Oxford aren't going to go away. It's time to wake the fuck up and see what's happening. Put your hindsight glasses on and ask yourself, "if things turn ugly, what would I have been willing to do to prevent it?"

At no time in modern history has a war been won outright in battle. Ultimately, both sides have had enough and dialog puts an end to it. So, how about we skip that battle bit? What kind of dialog are we willing to have with our free spirited, nationalistic, and gun toting, fellow Americans? Are we willing to listen? I mean REALLY listen with your curiosity hat on, not your "I'm going to prove you wrong" hat?

One thing I have observed is that most often, there is some truth in any position. For example, here's some truth (at least as I know it). The Second Amendment was put in place because the colonists had just used their personal armory to overthrow their sovereign leadership. They recognized that when the citizens become so disenfranchised from their government, they must have the means to take back control.

So, we can sit here and call all these people, who are showing up in public with automatic weapons, criminals and keep trying to lock them up. Or, we can figure out how to reach out now and avert any further escalation. de Klerk and Mandela had it right: truth and reconciliation is the best path forward. In your heart, you know this.

So, I ask you to start by looking into your own heart and see your hatred for what it is. Can you let go of it? If not, don't be surprised when the people you hate, hate you back! We're all capable of love. We just need more of it.

Okay, so why that title? Diversity, Equity, and Inclusion can't be selective. If one group co-opts the definition of these words to exclude a group summarily, they have missed the point. DEI is hard. Really hard! If you want to actually practice it, then EVERYONE gets a seat at the table. If there is real hatred between people for one reason or another, we must start with tolerance and empathy on the road to acceptance. I guess it's the struggle. Hopefully, we shall overcome one day.

Posted by Tom Bellinson at 11:01 PM No comments: