But it Costs Too Much! 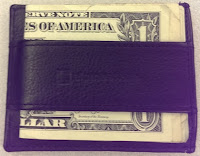 It may be time to start examining some very basic assumptions about the way we live. Anyone who is paying attention knows that our species is facing some existential threats. I believe the Earth is a self-cleaning oven. If we trash the place enough, it will clean us off and continue on with the next wave of life on Earth. Maybe the next dominant species will fare better.

But wait! There may still be time for us to save ourselves. How you ask? I’m sure I don’t know. One thing I do know is that “it costs too much” is a crappy excuse for not doing the things we need to do. Let’s stop and examine this idea.

Maybe the best way to do this is with an example. Most of the planet currently meets its energy needs by burning fossil fuels. Most of the electricity comes from coal-fired plants that are over 70 years old - an eternity in the technology space. The carbon dioxide that comes out of these coal burning facilities can be either:


As you might imagine, #1 is the cheapest. It is also destroying our atmosphere. We are designed to exist in a very narrow band of chemical and thermal balance. If our atmosphere changes too much, our biology will not adapt quickly enough. Bye-bye homo sapiens. Don’t worry though. There are plenty of microbial lifeforms that can adapt quickly enough. All is not lost.

Now, #2 is more expensive, but very economically feasible. The problem is, we’re only deferring the problem because sooner or later, gases like CO2 have a way of getting out. The biggest sequestration system on the planet is our oceans. They have been collecting excess CO2 from the atmosphere for a long time. Unfortunately, as we heat up the planet, the polar ice caps are melting at an incredible rate. This will ultimately raise the temperature of the oceans. When the temperature rises enough, much of that stored CO2 will get released back into the atmosphere. Then, it will be time to welcome our little protozoan friends to the top of the food chain.

This brings us to #3. This solution requires some very new technology. It may not even be ready for primetime just yet. That means we’ll need to throw lots of money at it before we even incur the likely high cost of implementing it in a production environment. The alternative is to build new plants that use nuclear energy. There is a new generation of fission reactors that are much safer and more efficient than those like Fukushima. There is also progress being made with fusion reactors that use plasma. These plants cost billions of dollars and can take over a decade to build.

Those in the energy industry tell us that these last alternates are just not “economically feasible.” There’s no return on investment. These men and women are essentially saying to us, “our lavish lifestyles should not be compromised just to save humanity.” Hmmm. I can only speak for myself here, but this does not seem like a particularly sound argument. Can we blame them? They are simply playing the game by the rules set forth by those who came before them.


Unless we want this thing to end badly for us humans, we need to start thinking about how we can change those rules. Economics is ultimately an artificial construct that we have devised. There are no natural laws of the universe preventing us from fundamentally changing them. I proposed some moderate changes in a two-part post, which you can find here and part 2 here. Of course, how we change our economy is up for discussion. “That” we should change should not be. Our current economic system is self-destructive and thereby unsustainable. The choices seem simple: fix it or die.
Posted by Tom Bellinson at 1:36 PM