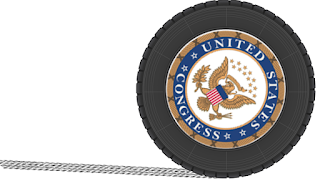 Yesterday, the Pope spoke about congress working together. The talking heads in the media were unified in hoping Congress heeds that message. I hope for world peace too, but C’MON! That shit is not going to happen any time soon.


A brief look back in history shows that Congress wasn’t always so bifurcated along party lines. Oh, there have always been some issues on which the parties disagreed. But, everything? I swear, if the Republicans came out with a policy statement saying that Pepsi was the best, the Democrats would have a policy stating that Coca Cola was the best. Really, people -- GROW UP!


This fifth grade schoolyard crap is getting old. As a matter of fact, it is an insult to fifth graders. Maybe what Congress needs is a good stiff detention. I don’t think there’s a corner in D.C. big enough for the time-out that would be needed.


I blame modern marketing. Branding. Positioning. Demographic analysis. Messaging. It’s all a bunch of psychological warfare. They know more about how your mind works than you do. There is a science of knowing which psychological buttons to press and how many people will respond to them. It’s a numbers game. In the high-stakes game of federal office, nobody gives a crap about their own beliefs anymore. Oh sure, everyone has a few pet ideals that they will stand by if they can, but the rest is up for grabs. Whatever will get them elected.


The argument goes: if you’re not willing to compromise, you can’t get elected. Since we have all this data that tells you what you need to say in order to get the necessary votes, it’s best to just say it. If you’re a career politician, you can’t stop saying these things (and acting upon them) because you won’t get elected the next time around.


The system has been trashed by marketing experts. The problem is, you just can’t “unknow” stuff. Also, our problems are complicated and we live in a sound bite world. Imagine trying to explain quantum mechanics in two sentences or less. You could say something relevant, but the listener would have no better understanding of the topic than before you said it. They might think they know, because they know more than they did before, but I wouldn’t hire them as my next chief physicist.


Furthermore, it is a proven fact that people don’t know what they want. Yeah. Yeah. YOU know what you want. It’s everyone else that is confused. RRRIIIGGGHHHTTT! The best example of this is focus groups. Marketers love these things. You get a bunch of actual consumers in a room and show them a product and ask them if they would buy it. Everyone says “oh, yes. It is just lovely.” Armed with this “data,” they go to market only to find that not only does the product not sell in large volume, even the people in the focus group who said they’d buy it don’t. What is that?

This is how we end up with the same members of Congress year after year. People say, “throw the bums out...but not my bum. She’s not like the others. I’ve got news for you; she IS the others. If you really want to end gridlock, in the next election cycle, vote for the worst politicians you can find. That will send the message that gridlock is over. Otherwise, you get the government you deserve.
Posted by Tom Bellinson at 2:39 PM