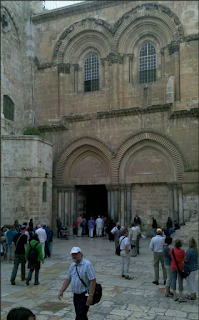 There’s an old saying that is particularly popular amongst historians: those who fail to learn from history are doomed to repeat it. It’s hard to say just how old this concept is, but it seems clear that the folks in charge on this planet have have yet to learn from history.

Since the beginning of civilization, great societies have come and gone. The Sumerians, Phoenicians, Greeks, and Romans are among some of the great societies that got burnt to the ground after achieving so much. Have you ever wondered why all great societies ultimately fail? I still do.

I wonder because I, like so many others, feel that we are headed for trouble ourselves. Can we draw any conclusions from prior failures that will help us avoid ruin? I hope so. There’s a compelling reason to want to avoid ruin this time around. In the past, after one of the great city-states was razed, the inhabitants simply moved on to a new territory and started over.

This time around, unless we want to start colonizing space, we’re fresh out of new territory. For the first time in our history, we are truly a global society. Failure this time will require us to rebuild in place -- something we’ve never done before. We can see the complexities of this in Syria. Were it just the Syrians, Assad would be gone and some new regime would be figuring out how to rebuild. Instead, there are all sorts of foreign players in there wreaking havoc on an already bad situation.

Those in power always seem to fight to the limits of their ability to hold on and those trying to gain power fight to get it until they are utterly defeated. The problem with this fighting is the innocent bystanders always seem to get the worst of it. In the animal kingdom, those who want power go up against the current leader one-on-one -- winner-take-all. This allows bystanders to do what they do best -- stand by and watch.

To be sure, there are examples in the animal kingdom of group attacks on neighbors. There is no comparison to the devastation that humans leave behind when they attack. With the weapons at our disposal now, the planet cannot withstand a global war. Is there anything we can do to avoid it? Probably not.

It seems to me that there are two possible ways to avoid the same old result:

Both of these are extremely long shots. Changing human nature is a job for evolution and we probably don’t have that kind of time. Engineering an effective system to control the ravages of power is hard enough. Implementing said changes seems almost impossible. The reason for this is that the people with the most power in any system are the ones for which it is working best. Why would they work to change it?

It’s the age old problem: the only people that are be able to fix a broken system in-place are the ones that broke it while advancing their own objectives. This requires a changing of the guard among the powerful, which is usually messy and destructive.

There are examples in history of relative nonviolent changing of the guard. South Africa and India are the most famous although, keep in mind that there was plenty of violence even in those transitions. Changing our system in-place will require "we, the people" to start to speak in one voice. As divided as we are, that could be difficult, but let's put aside our differences and focus on the things we can agree upon. I'm not sure what that is, but we had better find something soon.