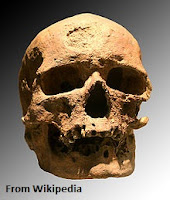 Years ago, in what may have been a major mistake, my wife gave me a copy of The Selfish Gene by Dr. Richard Dawkins. This was a seminal work that may have quite literally defined the field of sociobiology. Sociobiology is the study of how our biological needs drive social behavior. To say the book rocked my world is putting it mildly.


More than introducing me to new ideas, it changed the way I understand why we do the things we do. Let me share a few of the book’s highlights. First, it is important to understand that we are still cavemen. I know, we’ve built some extremely slick stuff. Who would have guessed that in 4000 years of civilization, we’d have the smartphone? But, world peace? Nowhere to be found.


I like to say that we have one foot out of the jungle, but this may be optimistic. Just because we clear cut the place, doesn’t mean we don’t belong there. Let’s start with the men. If we buy Dawkin’s thesis that our primary goal in life is to achieve immortality by propagating our genes, then men have one obvious strategy: have sex with as many beautiful women as possible.


Why, you ask? Because men have an unlimited amount of sperm. They are capable of impregnating large numbers of females and even if a small percentage of them come through with offspring, the numbers will be far better than if they stay with one female. Plus, if they are beautiful and healthy, the odds of their offspring propagating their genes goes up.


Females, on the other hand, have a serious problem with that strategy. First, they need nine months to gestate a fetus. During those last few weeks, they’re pretty helpless -- especially back 4000 years ago. Second, when they finally give birth, they’re now stuck caring for a more or less completely dependent being. Hunting and gathering activities are severely curtailed.


So, you can see how women might be motivated to keep a man on tap to assist. You can hopefully also see why men have no interest in hanging around. Yet somehow, these opposing drives have attenuated each other to make us willing to compromise. The average length of a marriage in the developed world is 13.6 years. In the United States, it’s about eight. I guess we have a shorter than average attention span.


Marriages have historically been used to strengthen families. Until recently, women were chattel, used to combine two family trees for financial or other benefits. About 50 years ago, the women’s liberation movement finally gained traction. New career opportunities opened up for women and companies were forced to balance the workforce. Pay equality may still be somewhat of an issue, but it is now possible for young women to earn enough to be self-sufficient, thus destroying a world order that has presided for millennia. Thanks ladies!


Suddenly, educated women with good jobs aren’t quite as interested in propagating their genes. Their attitudes about sex are purely recreational. Apparently, the underlying biological drive to procreate is still with us despite the lack of interest in parenthood. The effect has been to overcome the social imbalance men have faced between desire and access to sexual partners.


Despite the apparent windfall, there are great forces against this trend. These forces call themselves fundamentalists and they can be found everywhere - from Christian conservatives in the United States to Muslim radicals in the Middle East. I often wonder how a devout Christian can shoot a doctor in the head or a devout Muslim can blow themselves up on a bus full of school children. These acts are inconsistent with the  teachings of the Bible and Quran respectively.


However, fundamentalists seem to be far more concerned with traditional gender roles than any religious dogmatic details. Basically, they want their women covered up, barefoot and back in the kitchen where they belong. They are fighting a losing battle. In order to shed our caveman nature and evolve socially, the balancing of genders is necessary. Our barbaric past is ultimately all about male dominance for the purposes of gene propagation.

Evolution is undoubtedly messy. I suspect that the Cro-Magnons had run-ins with the Neanderthals before they eventually put them down. Progress can be slowed down, but not stopped. Women have tasted freedom. Good luck putting them back in the box. Social evolution may not keep up with technological evolution, but we’ll need to pick up the pace if we don’t want to destroy ourselves.
Posted by Tom Bellinson at 8:33 AM