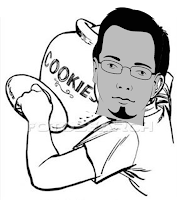 Why did we go to war in Iraq when we were attacked by the Taliban out of Afghanistan? Why are we stripping the Amazon rainforest when we know it is the lungs of the world and the source of immense biodiversity (some of which may hold the cure for various diseases)? Some individual or group is making these decisions and their reasons are not very transparent.

Further, the government is largely made up of the most successful individuals from the corporate world. I’m not talking about politicians (although some of them are from corporations), rather the policy makers. They’re the ones that write the scripts for the politicians. They’re the ones who provide the options and recommendations from which the politicians choose. They pull the strings. They are almost exclusively from corporations. Go ahead, look it up -- I’ll wait…

Okay, so now you know that government and corporations are essentially one big entity. Author John Perkins calls this the “corporatocracy.” The term lays bare the most important fact about our global society. It is run by these people. They have self-interests. Those self-interests do not usually align with those of “we, the people” (or the 99% as some would call us).

What we know is that we have enough food to end starvation. We have enough drug making capacity to end the diseases that kill the vast majority of children and women who die daily. We have the technology to end the use of fossil fuels in the next 10 or 20 years. There is so much we could do to make this a better place to live, but we don’t. Why?

The answer almost always comes down to one factor - economics. The financial factors are not controlled by “we, the people.” They are controlled by the corporatocracy. They are the “they” which we often talk about when we discuss the things out of our control. What reason could “they” have for not solving the world’s major problems if the solutions are within reach?

We can choose to believe when “they” tell us “it’s complicated,” there must be good reasons why they don’t do these things for us. What if the truth is simply greed? How would we know? Is it fair to assume that someone who has climbed -- no -- scratched and clawed their way to the top of the corporatocracy’s food chain has self-interest deep in their heart? I think so. Surrounded by like-minded people, it is not hard to imagine what sort of decisions they make.


Take a look at the world in which we live. It’s not hard at all to imagine. The evidence of their decisions is all around us. Can we take back control? Maybe, but first we will need widespread awareness. Spread the word. The corporatacracy does not have our best interests in their hearts. We need to control the conversation with posts like this one.
Posted by Tom Bellinson at 1:53 PM