Since October, methane gas has been spewing into the atmosphere at a are the of 110,000 pounds per hour. This linked article from The Hill was the most authoritative source I could find on the Internet. Where is CNN, MSNBC, Fox, Time, etc? Some have indicated that this is the worst environmental disaster since the BP oil spill. Others would say it is worse.


While some of the oil from the spill could be cleaned up. None of the methane will be recovered. It is 25 times more harmful to our atmosphere than the CO2 we are always talking about. Why are they keeping it quiet? Could it be because they don’t know how to cap the damn thing? People don’t like problems with no solution. What’s the news? More crap got pumped into the atmosphere today?


I suppose that pockets of methane have been released into the atmosphere since we first had one. Without people to capture it, the gas just became part of the environment. This is a bit different. Aliso Canyon is a storage facility. There is more gas there than one might typically find in a single natural reserve. 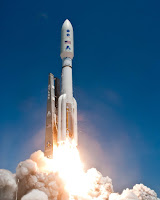 Between cutting down the Amazon rainforest and pumping more crap into the atmosphere, there seems to a growing question about whether we will be able to continue to breathe what the Earth will have to offer us in the future. Another little-known fact is that the oceans are the primary source of storage for CO2 and greenhouse gases that are pulled from the atmosphere.  There is a growing layer of these gases compressed at the bottom of the oceans. Scientists believe that as the oceans warm, which they will do as the polar icecaps continue to melt, they will not be able to hold that CO2 down there. We could start seeing releases from the oceans on top of what we already pump into the atmosphere ourselves.


Maybe there are some knowledgeable people out there who know that we have already passed the point of no return. Could we clean up our atmosphere if we put all of our knowledge and resources into it? Maybe. It would obviously mean major sacrifices from everyone and a lifestyle makeover that would not be to the better for our ruling class. From an economic standpoint, what is probably necessary to reverse the trend we’re on is a disaster. Entire industries would be abandoned. Other industries would see their funding sources dry up to be diverted to more important things.


We are born selfish and greedy. It is not a good recipe for altruistic behavior. Will some of us on the planet today live to see a time when we will suffer and possibly die for the bad choices we’re making now? I don’t know. It’s like a grand game of musical chairs. We all hope the music doesn’t stop while we’re still in the game, but it always stops eventually and in this game there will be no chairs for anyone.


Ironically, if we are eventually forced to build environmentally contained domes, we will have a much harder time building the infrastructure to get off this rock during the very time we have learned how to live in other hostile environments. Maybe now is the time to start planning our escape? I think so. Other than Elon Musk and few other high tech visionaries, nobody seems to be doing much about it. I guess the money just isn’t there yet.
Posted by Tom Bellinson at 1:01 PM

Email ThisBlogThis!Share to TwitterShare to FacebookShare to Pinterest
Labels: environment