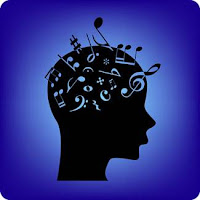 When I was in fifth grade, we had a special class in which we got to go to the band room and “meet” all the different instruments. Something about the trumpet just called to me. Later, I found out that fifth graders play the coronet, a smaller version of the trumpet. We rented one and so began my musical career. I was about eleven years old.


I continued playing the coronet until I got braces a few years later. The mouthpiece cut into my lips, which created a bloody mess (literally and figuratively). I switched to baritone, which is like a mini tuba. I liked playing on the low end. When I was fifteen, I started playing harmonica and when I was sixteen, after a failed attempt at playing guitar, I took up the bass. Years later, I added hand drums to my list of instruments. Each new instrument informed my musical vocabulary.


Interestingly, there is a linguistic connection to music. It turns out that FMRI scans of human brains playing a musical instrument shows the same active areas as speaking (plus a few). Furthermore, since music involves not only intonations, but rhythm, tempo and volume, it stimulates the brain even more. Some studies are starting to suggest that musicians keep their cognitive functions longer than non-musicians as they age.


Listening to music triggers some of the same linguistic centers of the brain, but it also triggers six different emotional centers. Surprise! Music is good for the soul. We all knew this already, but scientists are starting to catch up with us. You know how they like to have an explanation for everything.

I have my own theory about music. I think you can stimulate your brain further by listening to more complex forms like jazz and classical. These forms are not easy to listen to, but if you practice it gets more enjoyable with time and as an added bonus, you get smarter! So, listen to some jazz or classical music. Progressive rock has elements of both jazz and classical for all you rockers. It’s good for your soul, your soles (okay, classical not so much as they tend to like you listening to that sitting down) and your brain.
Posted by Tom Bellinson at 7:52 AM