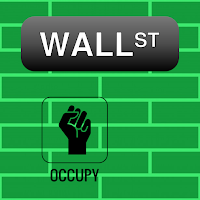 Rarely does one get an opportunity to see the effects of “going public” so starkly. My wife worked for Whole Foods Market (WFM) for 21 years. When she started, the company was still privately held. It was a gem. Employees were given extensive training, had substantial autonomy in performing their jobs, and were held accountable to their results. Using an organizational structure modeled on Gene Roddenberry's Star Trek, teamwork was highly valued and encouraged.


Most importantly, quality and stewardship were valued more than profits. That did not stop profits from coming. In fact, Wall Street could not wait to get their hands on those profits. Eventually, they won out. Many early employees who were granted substantial stock options cashed out and left the company. What happened next was a slow decline into corporate ordinary-ness.


I will not bore you with details as you can get those elsewhere. What I can tell you is that Wall Street forces all of “their” companies into a straightjacket that is not good for them, not good for employees, not good for customers, and not good for society. It is designed to be good for investors and thus they are the only ones who ultimately benefit...for awhile.


For certain, pumping more money into a company can help it grow faster. In the early stages of public life, this can be a huge boon. With the pre-public structure that brought them still in place, newfound money means more of a good thing. Unfortunately, companies can’t and shouldn’t grow forever. Eventually, they reach the optimal size. For WFM, it was when they had put stores in all the carefully vetted locations that fit their model.


Wall Street is a hungry beast that is never full. They demand either growth or increased capital efficiency. Once a company gets on this treadmill, it is a matter of time before they must tear down the very edifice which allowed them to go public in the first place. For WFM, it means putting stores in locations that don’t fit their model, thus forcing them to abandon that model which was so successful. For others, it is expanding product lines into unfamiliar areas with stronger competition.


First, the employees start to notice the difference. Empowerment becomes a catchphrase with little substance as “corporate” starts pulling back control from the field. With a return of control to the central authority, there is less need for high caliber employees, so they leave. This creates more mistakes, which encourages the central authorities to pull back even more functions. Of course, this precedes another round of layoffs. Layoffs create badwill (the opposite of goodwill).


As the organization continues to have fewer people with less time to reach out and touch consumers, it becomes an empty brand without its original substance. What large publicly held corporation hasn’t gone this way? Oh sure, they try to put a human face on it. You can put lipstick on a pig, but I wouldn’t want to go to work for it (or kiss it).


Michael Dell has tried to take Dell Computer private. Before John Mackie retires, he should take Whole Foods Market private. Really, any CEO/major stockholder who really cares about what he/she has built ought to go private. Better yet, don’t go public in the first place.
Posted by Tom Bellinson at 8:44 AM

Email ThisBlogThis!Share to TwitterShare to FacebookShare to Pinterest
Labels: business