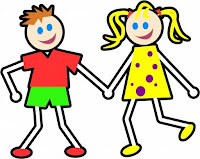 The Republicans have a real challenge this election cycle. They’ve got a bunch of candidates and those that are mostly on top of the polls are outsiders (Trump, Carson and Fiorina). Hopefully, voters will come to their senses in time for the primaries.


Hey, the sentiment is sound. Government sucks. The people running it are politicians. Therefore, politicians suck. It sounds logical. However, consider what Trump, Carson and Fiorina are trying to be. Politicians! So, who will do a better in Washington D.C., a rookie politician or an experienced one? Hmm...a question worthy of some consideration.


Turns out that the system of government we have includes lobbyists, bureaucrats, political science interns, staffers, military professionals and consultants. All of these folks interact with members of Congress and the White House in order to try to push forward their personal priorities. It is one big hot mess. Conflicting views serve to slow everything down. Some might consider this a good thing. If government made and executed on decisions quickly, we could trash things even worse - really quickly. Gridlock could be our best option.


Back to the central question: why would we want an outsider leading the charge? Maybe people think a guy like Donald Trump will come in there like a bull in a china shop and bust some heads. Trump will just bully all those other people in government into dropping in behind him. Maybe he could also blow some sunshine up all of our asses while he’s at it. Frankly, if he could make good on the expectations people have of “the outsider,” blowing sunshine up where it generally don’t shine would be the easier task.


No, I imagine that Trump, Carson or Fiorina would find out really quickly that in Washington D.C. there ain’t no consensus and there ain’t consensus building. The way things get done is by pulling in favors and making compromises. Sending your peeps out to gather up votes. It’s ugly tedious work and the three outsiders don’t have clue how to do it or delegate it. They’ll learn. They’ll suck at first and then maybe they’ll get better.

Or! We could just hire somebody who already knows how the game is played. What a concept! Even Obama, who was a rookie, but at least had a clue, screwed up. He screwed up so badly that he can’t even pass an immigration bill that EVERYONE WANTS! Geez. C’mon people! It’s fun to watch Trump, Carson and Fiorina pontificate about how good it could be, but let’s get back to reality -- already in progress. If we pick one of the three outsiders, say hello to President Clinton (mark II).
Posted by Tom Bellinson at 4:42 PM