The Myth of Time-saving Devices 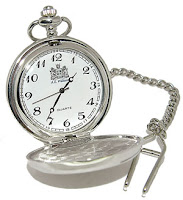 I remember back in the late 80’s and early 90’s when “time-saving devices” were all the rage. I suppose these devices go all the way back the the 50’s. Take the electric can opener. Do you have one of these? We don’t. The dang things take up too much space. It’s a hassle to power them and they save you all of 20 seconds. What the hell will you do with an extra 20 seconds? Okay, I suppose if you’re big into canned goods and open 5-10 cans for every meal, this could add up, but seriously!


And, just because something is electrified, doesn’t mean it saves you time. Toothbrushes and razors are a case in point. It’s actually debatable whether either of these offers any value at all except that an electric razor is less likely to rip open a zit and cause excessive bleeding. Being prone to zits, I use an electric razor.


Then of course there’s all those lovely computing devices we all use. I’m as guilty as anyone on the planet. I have a multimedia computer connected to my big screen that I use to stream Internet content and watch digital TV from the antenna on my roof, an ultrabook (laptop), a tower PC for my recording studio, a Kindle Fire for reading books, a 7” tablet for stuff I don’t like doing on my Kindle because it is the worst Android device ever made, and a smartphone. Oh, and I have a laptop at work.


There is no friggin way any of this crap saves me time. As a matter of fact, these things fill my life. If you took them all away, I would have large expanses of time that would need to be filled with god knows what. I’d probably immediately set about trying to invent one or more of these devices just to occupy myself.


When I first learned to type in high school, I used a typewriter. For those of you under 40, this was a device that used hammer action arms with a raised letter on the end to strike an inked ribbon against a piece of paper to stamp a letter on the page. Many people don’t know this but the dumbass layout of a QWERTY keyboard was devised to avoid the hammers piling up on each other at the strike-point when people typed too fast. Some smart person figured out that if you put the letter is the worst possible position on the keyboard layout, people couldn’t go fast enough to jam the arms. It worked most of the time. Later, a guy named Dvorak invented a proper layout, but most of us still use the dumbass QWERTY one even though there are no longer any arms to jam.


Some devices, like the QWERTY keyboard, are designed just to slow us down. Take the video game console for example. These things scare me to death. I can only imagine the time-sink having one of these things around would impose. You may know firsthand. How many hours a week do you spend killing digital bad guys? If the amount of time spent killing digital bad guys was spent killing real bad guys, we’d all be dead by the end of the day...and I don’t mean just those of us in the USA. I mean all seven billion of us. Let’s face it, we’ve all been bad at one time or another and somebody out there knows it.


If instead of killing digital bad guys one day, everyone who plays video games went out and planted one tree for every bad guy they killed in their last killing spree, we could replant the entire Amazon rainforest, which would be a really good idea because at the present rate of Amazonian tree removal, pumping CO2 into the atmosphere won’t be the problem -- not pumping O2 into it will.


In the Hitchhiker’s Guide to the Galaxy, Douglas Adams famously talked about our propensity to derive pleasure from moving little green pieces of paper around and buying digital watches. Well, the green pieces of paper are all but obsolete and digital watches? Don’t get me started! Too late. At least they sat there and displayed the time. Modern digital watches do so much more. I think I have more fun listening to people with smartwatches justify their purchase than they do owning them. This has to be the dumbest thing to blow 500+ bucks on than has come along in a while.


Are you going to tell me that these little things save you the time it takes to pull out your phone? Really? And here I thought the electric can opener was a waste. This thing saves you 2-5 seconds (5 if you have it in a purse), which if you pull it out 100 times a day is a whopping 8 ⅓ minutes per day. Woohoo! That’s almost enough time to savor a Twinkie. Of course, half the time all the stupid thing tells you is that you need to get out your phone to actually see something. Then, you’d need to deduct the 5 seconds from your savings.


“But the watch counts my steps and tells me if I slept well,” you say? Okay, is this really important data? If you’re overweight, you need more steps. Period. If you’re not overweight, you’re getting enough -- keep it up. Counting them won’t help. As for sleep. I don’t know about you but when I had a shitty night, I don’t need my damn watch reminding me about it in the morning. If you can’t figure out how many hours you slept by subtracting when you woke up from when you went to bed, you don’t need a smartwatch, you need a frigging calculator! Better yet, get a 1st grade math education!


Hell, I don’t even wear a watch of any kind anymore. Back before the wristwatch, people had pocket watches. Today, some people still wear them to be stylish. I use my smartphone as pocketwatch. It is one of its many purposes. Someday, we’ll all have a chip in our head. That will really save some time. I can’t wait!
Posted by Tom Bellinson at 10:43 AM