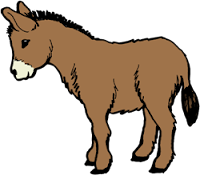 Yesterday, I had a non-surgical exploratory medical procedure of the non-esophageal variety. You do the math. I don't get sick enough to go see a doctor very often and specialists even less. The few times I've been to see a specialist, I was ready to gnaw my own foot off to escape by the time I got out of there.

For this procedure, I would need to be put under general anesthesia, so my wife had to come with me. I couldn't give you an exact timeline because I wasn't watching the clock too closely, but here's the gist:


I'm not sure this sort of machine-like efficiency occurs only within the gastroenterology specialty or just this practice, but there are clearly some lessons to be learned from this operation. That's what I call modern medicine.
Posted by Tom Bellinson at 3:48 PM

Email ThisBlogThis!Share to TwitterShare to FacebookShare to Pinterest
Labels: personal