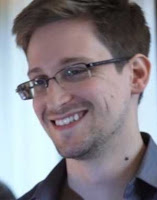 MoveOn.org is at it again. They are trying to get Edward Snowden a pardon. I’ve heard the arguments. I don’t fault Snowden for leaving the country initially. He needed to get the word out about what he had done and that would have been hard to do from a jail cell.

It was a great thing that he exposed the government’s hidden strategy of collecting data from almost everyone. We have a right to know and without Snowden, we (most of us) probably wouldn’t know. Further, lots of the information he leaked to the press was by no means secret to protect national security. Embarrassing? Hell, yes! Security compromising? Hell, no!

Unfortunately, some of the information he leaked was damaging to national security. Granted, he gave the information to responsible news agencies who had the ability to decide whether information should be shared with the public or not. However, it is not the job of the press to make that determination. Clearly, they’re not very good at it either.

So, now Edward is stuck in Russia. He has two choices: 1) remain an international fugitive, or 2) come home and face prosecution. He may fashion himself as a Mandela or Gandhi, but they both did their jail time. Doing jail time is an essential part of being a conscientious objector. From jail, he would be in a better position to ask for a pardon.

It’s as if they are asking the courts to find him not guilty before the trial. How can he be pardoned for a crime he has only allegedly committed? Is he not innocent until proven guilty even if he has confessed? That’s the law in this country.


Edward, if you are listening -- come home! Be the hero we all want you to be. You called the dance. Now, pay the piper. Come on in, be found guilty, and then we can lobby for a pardon when you’re a convicted felon. If you don’t get a pardon, serve your time in Club Fed. When you get out, you can make a fortune on the speaking and book-writing tours. If you don’t get a pardon, you will have plenty of time to write your first book or two from prison.
Posted by Tom Bellinson at 2:40 PM