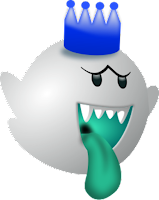 Having been in the information technology biz for most of my life PC has been very important to me. I’m also not an Apple fan. I know that’s not fashionable, but I just generally don’t give a shit about fashion. Imagine my surprise when I found out that PC also stands for political correctness. Here I thought people were just dissing Microsoft.


No, they are trying to tell me that there are certain things I cannot say about people even if they happen to be true. Once again, I generally don’t give a shit. Let me make something clear up front before you judge me too harshly. I see all people as equal. People who are rich and powerful get no more respect from me than what they earn. By the same token, a homeless person on the street gets no less respect. If they ask for some change, I always apologize for not having any. I don’t like carrying change.


I happen to receive emails from MoveOn.org. I’m not a huge fan, but I like to keep abreast of their latest bitch. This week it’s about Donald Trump being on Saturday Night Live (SNL). Really? Apparently, the Latino community is all up in arms because they don’t like his views on Mexicans. Frankly, I don’t even know his views on this issue. I just know his show got kicked off NBC for having them. Now, everyone thinks because he’s on SNL it is some sort of betrayal. It’s fucking satire folks! C’mon!


What the hell is PC anyway? I liked it better when it had a disk drive and RAM. I like to think of it as “when egos collide.” I’m an old fart now. I know this. I don’t like it, but I know it. I referred to Asians as Orientals once. My Asian coworkers were up in arms. What did I say? How was I to know that the “O” word is offensive now? I must have been off that day. They knew what I was talking about, but apparently I bruised their little egos. In the words of a former SNL cast member, “well EXCUSE ME!”


I’ve been called insensitive. Insensitive to people - hell no. Insensitive to PC - hell yes! In a world where we have enough real differences to go around, sweating over the wrong words seems like a waste of emotional energy.


I’ve got an idea. Get a clue! Look into someone’s heart. It’s not that hard if you practice a little. If their intentions are good - let it go! Maybe Donald Trump is a bigot. I don’t know because I’ve never met the man. If you have, and determined that he’s a bigot and you’re not one yourself, don’t vote for him. Millions won’t anyway. If he wins the presidency, move to Canada. There aren’t very many people there and they speak the right language. Better yet, maybe we could convince Trump to go to Canada. They have a higher percentage of “his people” there.


What’s wrong with people? They don’t get offended when the U.S. government backs a bunch of Fascists in the Ukraine because they want to oppose the Russians (apparently even if Putin is right). But, they get all cranky when a guy says let’s deport a bunch of illegal aliens. It’s bullshit anyway. The U.S. would fall completely apart if we deported all the illegal residents.


The only good thing that could come from it is that we’d solve the water problem in California because without Mexicans to pick the crops, we’d need to get all our fruit from south of the border. Why? Because Americans are too wimpy to do that work even for $15/hr. let alone the piece-rate pay being paid now.

In conclusion...LIGHTEN UP! What matters is the heart. If people have love in their hearts, give them some slack. If they have hate in their heart, who gives a crap if they say it right?
Posted by Tom Bellinson at 4:31 PM