The Dollar - Ripe for the Picking 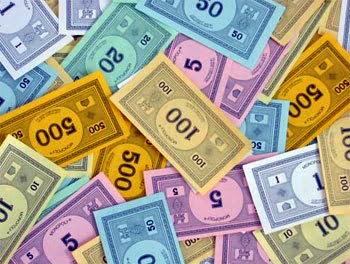 In recent times, there have been several popular books about events that cause significant change.  If you've read The Tipping Point by Malcolm Gladwell or The Black Swan by Nassim Nicolas Taleb, then you already have some understanding of how some events can be predicted even when the timing is elusive.

Since the United States abandoned the gold standard in 1971, the U.S. dollar has been based exclusively on  the faith and credit of our country.  Initially, the dollar maintained some pace with our gold reserves and people had confidence that the value of the dollar was backed by tangible assets.

Since that time, the global economy has changed dramatically.  The once powerful U S of A finds itself buying many of life's necessities and niceties from foreign economies.  Our trade deficit continues to climb even as we loan money to other countries.  Every country on the planet has substantial amounts of debt both public and private.

Were all this debt to be fully reconciled, we would all quickly learn that the global economy isn't solvent.  It is based entirely on debt and there isn't enough money in the world to pay it all off.  Again, this is not a distribution problem.  We have created a fiction with no controls to ensure its stability.

So, what does ensure its stability?  Answer: belief!  As long as we all believe that the global economic system is sound -- it is!  This brings us to the tipping point and black swan events.  What would it take to destroy our belief in the system?  In all likelihood, not much.  It is impossible to predict who, how, or when such an event might occur.

When it does, the evidence to support the claim will be overwhelming.  It already is.  Banks are over-leveraged, personal debt is high, and even gold is now being leveraged with metal funds sporting minimal reserves of actual supporting gold and silver.

There are powerful forces attempting to ensure that our economy remains stable.  When the interest rates were dropped to zero, the Federal Reserve lost its main lever for controlling the economy.  As a result, they switched to buying debt (quantitative easing).  The problem with this is the Federal Reserve actually doesn't have any "reserves."  When they buy things, they pay with money they print (they are after all the only ones who can print money).  Quantitative Easing I and II were both designed to stimulate the economy by pumping huge amounts of new money into the economy.

What is the effect of putting so much money into the economy?  The history on this action has not yet been written.  If it does not end in disaster, will the Fed do it again?  How much money can be pumped into an economy before disbelief sets in?  In all likelihood, we will find out eventually.  When that day comes, I hope you've made yourself Antifragile.  You'll need to read Taleb's sequel to The Black Swan to find out what I mean by that.
Posted by Unknown at 6:31 PM