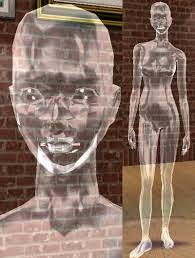 History has a strange way of showing up after it becomes obvious.  Sometimes, events are spontaneous, like 911 and other times they are gradual like the industrial revolution.  One thing should be clear by now, history is speeding up.  The time between major social evolutionary stages is shortening.  This compression helps us see around the corner a little bit better.

The Internet hasn't been around that long, but its effects have been profound.  Many people sense that the Internet is responsible for a fundamental shift in our reality, but it's hard to grasp exactly what that shift is all about.  There are so many aspects to life on the Internet that the big picture gets muddled.

Nonetheless, many of those who are attempting to tease out the big picture are starting to converge on a common theme.  The Internet is driving two fundamental changes that are inextricably tied together and seemingly inevitable: transparency and decentralization.  Let's start by looking at each of these separately.

In the age of the smartphone and Google Glass, everyone has a camera with them at all times.  They are able to provide full audio visual capture of just about any event -- public or private.  This makes secrets increasingly difficult.  Furthermore, sites like Facebook, Reddit and Digg make it easy for anything of significance to "go viral" within hours or even minutes of the event.  Whether from groups like Wikileaks and Anonymous, or individuals such as Edward Snowden, no secret can be too well kept.

Our love affair with secrets and privacy runs long and deep.  Yet, we are increasingly opening our lives to each other and this trend sees no signs of abating.  Technology will continue to evolve to make surveillance of every aspect of our lives easier and more accessible.  Drawn to its ultimate conclusion, it is not impossible to imagine a time when our very thoughts will be linked through some future incarnation of the Internet.

One of the other gifts of the Internet is built into its initial design.  The Internet was originally conceived as a communications network for military applications that could not be destroyed by attacking a central point.  This design has allowed anyone with a persistent connection to publish their own content.  One of the initial uses of this capability was music file sharing.  The music recording industry quickly came face-to-face with the full force of decentralization.  Without some central authority to pursue, they were forced to find ways to add value in order to get people to pay for music they could easily get for free.

Recently, the crypto-currency Bitcoin has emerged as another decentralized powerhouse.  Again, anyone with a computer can become part of the Bitcoin ecosystem.  In addition to being decentralized, Bitcoin is also transparent.  Its underlying algorithms are available for all to inspect.  Governments don't like Bitcoin.  Were it to become a standard global currency, it would eliminate their ability to manipulate it.

The latest edition to decentralized structures is Ethereum, which promises to go beyond crypto-currency to provide an open decentralized platform for creating any type of contract between multiple individuals.  Systems like this will allow any individual with a good idea to start a distributed ecosystem that is free from centralized control or interference -- even by its creator!

What Does it All Mean?

Governments have always been controlled by a few rich and powerful people.  In the past, socialism has been attempted to counter this trend, but it has always been corrupted by the powerful few due to lack of transparency.  The Internet and associated technologies offer a means to truly democratize decision-making.  Rather than basing choices on the whim of people, algorithms can be created that are decentralized and transparent that allow them to be optimized for the greater good.

This may seem idealistic.  One could easily argue that any system is corruptible.  Maybe so.  However, with transparent distributed systems, corruption is more difficult due to the risk of exposure caused by transparency and the logistics of co-opting widely distributed systems.  When attempts to do so inevitably fail, algorithms can be modified to eliminate future threats along the same lines.  We already do this with our computer operating systems and anti-virus software.

What if we could all purchase a power plant for the price of a car that would provide us with all the energy we would ever need?  What if we had autonomous flying vehicles that required no navigational infrastructure other than the ability to communicate with the vehicles around them?  What if we had a 3D printer (i.e. replicator v1.0) that could make many of the items we need?  And, what if we all got our food from our own garden and local farmers?  Do you see the pattern here?  Technology enables us to be increasingly independent.

The less we rely on corporations and governments, the less power they have over us.  As their power diminishes, so does their relevance.  Ultimately, they will need to redefine themselves or fade into the dust heap of history.  If there is one great irony it is that a government funded program and a few huge corporations may be the primary enablers of their own demise.
Posted by Unknown at 8:10 PM