We come to the final blog of this great triumvirate. All this thanks to our friends the bonobos. I’m quite sure that if we could get bonobos to blow a dube after sex, they would appreciate some good rock ‘n roll while doing it. Who wouldn’t? As the baby boomers become the old folks, not many.

I remember when I was a kid, most of my friends’ parents listened to Elvis or Frank Sinatra or some other old crap that we thought was lame. I used wonder what our kids would listen to. We all thought that rock ‘n roll was as good as it could get. Bands like Pink Floyd, Led Zeppelin and AC/DC were so good in their way, we couldn’t imagine any kid not liking it. 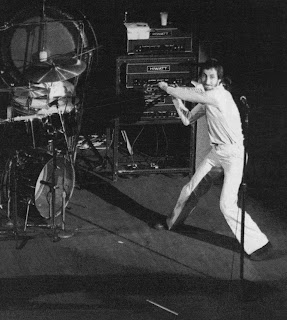 Turns out, we were right! Rock ‘n Roll has never died. Our kids (and their kids) do like it. Oh sure, there have been other genres – hip hop, rap, and electronic that are different enough that some old folks won’t like it (I’m not one of them). But, along with thousands of new artists producing new rock music, some of the old guys still crank it out. Why just the other day, there were the remains of the Who playing at the Super Bowl. They didn’t smash their instruments or anything cool, but it was nice to see Townsend and Daltrey still standing.

A few months ago, I saw a kid wearing what looked like an old Aerosmith tour t-shirt. I asked her if that was original. She looked at me and smiled and said “no.” I thought to myself, “sonofabitch, they’re still making old rock ‘n roll clothes.” I think bands like Rage Against the Machine, Muse and Tool breathe new life into the old girl, but Huey Lewis was wrong, the old girl is NOT barely breathin; she’s running hard. Long live rock – be dead or alive!
Posted by Unknown at 8:28 AM